At Shanahan Swaffield Partners, our partners and accountants pride themselves on offering full, value-added services and advice to our clients.

As our communities, industries and client needs have grown and evolved, so has Shanahan Swaffield Partners. We understand there are many aspects to running a successful and sustainable business. Our expertise extends beyond accounting, auditing and taxation and includes insurance, industry benchmarking and valuations, which means we tailor solutions that fit your needs perfectly. Our team has local, national and international experience and we use that expertise to help your business grow. We have a deep understanding of local conditions—because we are local too. 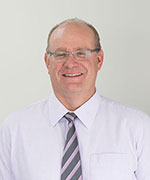 Mark completed his Bachelor of Business in 1990 and has been an practicing since. Beginning his career in Moura, then moving to Mackay before relocating to Rockhampton to join Olive Swaffield & Associates (previously known as Anderson and Fry and Anderson, Bowser and Swaffield). Mark became a CPA in 1998 and gained his public practice certificate in 1999. Mark is a Commissioner of Declarations and is experienced in business taxation and services. Mark is also an Authorised Representative of Count Financial Ltd and can provide investment and retirement advice. Mark has completed his Fellow Membership of CPA in 2015. 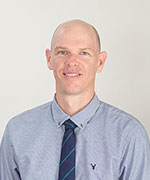 Matthew completed his Bachelor of Business degree from Central Queensland University in 1992. Whilst studying (and until it was sold) he was a director (and licensed real estate agent) of a local real estate agency controlling some 250 rental properties. After completing his studies, he went to work in public practice at Michael Shanahan and Company where he has been ever since. Apart from two stints in England (totalling almost 2 years), where he and his wife had a working holiday. In London, Matthew worked as a Finance Manager for a large company that collected and distributed music royalties for musicians in England and across Europe. Matthew became qualified as a CPA in 1996 and a partner in Michael Shanahan and Company (now Shanahan Swaffield Partners) in July 2002. Matthew is also an Authorised Representative of Count Financial Ltd and can provide investment and retirement advice. Matthew has completed his Fellow Membership of CPA in 2015. 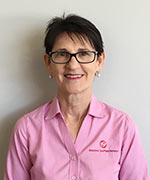 Anni completed a Bachelor of Business (Accounting) with distinction degree from Central Queensland University in 1998. Whilst studying she began working in 1994 in public practice at Michael Shanahan & Company. Anni became a qualified CPA in 2001 and a partner in Michael Shanahan and Company (Shanahan Swaffield Partners) in July 2002. Previously, Anni worked in accounting firms, provided bookkeeping services for private business and operated a newsagency business. Anni is also a Justice of the Peace (Qualified). Anni has completed her Fellow Membership of CPA in 2015. 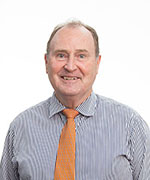 Blair graduated from Central Queensland University in 1974 and has worked as a public accountant with Shanahan Swaffield Partners (formerly Michael Shanahan & Company) for over 35yrs. Blair is a registered company auditor, a member of Institute of Public Accountants and has vast experience in all facets of accounting, taxation, business services and auditing. 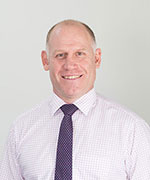 Andrew completed his Bachelor of Business degree at the Central Queensland University in 1991. On completion of his degree he moved to Brisbane to pursue a career in Rugby League, this led to a move to England where he played professionally for five years. On return to Australia in 2000 he took up a position with Michael Shanahan & Company (now known as Shanahan Swaffield Partners) and became a partner in the firm in July 2002. Andrew qualified as a CPA in 2008 and is also an authorised representative for CGU Insurance. 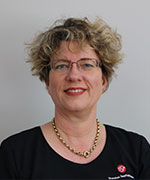 Janet completed a Bachelor of Business degree from the Central Queensland University in 1991. She then moved to Seville, Spain to work at World Expo as a payroll officer. This led to a two and half year working holiday based in London. During this time, she was contracted for a year with an international accounting firm’s corporate financial service division working through a high-profile group of companies placed in administration and liquidation. Other accounting positions were held in companies such an internationally acclaimed home décor business and a company owning the rights to design, manufacture and distribute an iconic US leisure wear label. Returning to Australia, she was employed in Brisbane as an accountant, with increasing seniority, in industries including hospitality and gaming, electrical retail and the not-for-profit sector. Janet qualified as a CPA in 2001. In 2008, she accepted a position with Michael Shanahan & Company (now Shanahan Swaffield Partners), receiving her public practice certificate in 2009. Brought up in this area, Janet has a strong interest in the rural and small business sectors. 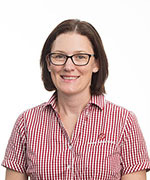 Wendy graduated from Central Queensland University in 2008 with a Master of Accounting Degree. She also has a Bachelor of Applied Health Science (Oral Health) and worked in both the public and private dental sectors before becoming an Accountant. Wendy joined Shanahan Swaffield Partners in 2008 (previously Michael Shanahan and Company) and has been here ever since. Wendy became a qualified CPA in 2012. Wendy’s interests are working with business owners to achieve their goals and helping clients to manage and minimise their tax obligations. 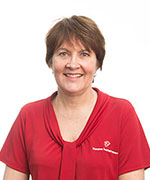 Kerry gained experience in the finance industry with the Commonwealth Bank and Central Queensland University completing her Bachelor of Business in 1984. Kerry went on to work for a local Accounting firm, Shanahan’s, for eight years before joining Anderson and Fry in 1996. During this time she became a CPA and received her public practice certificate in 1997. Kerry is also a Commissioner of Declarations. Kerry has completed her Fellow Membership of CPA in 2015. 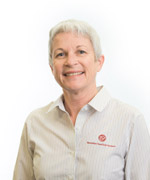 Jayne completed a Bachelor of Business in 1981 and commenced work in the Accounting Industry at Kennas, Rockhampton, immediately after her degree. In 1983 Jayne became a CPA and in between having a family, worked with the Girls Grammar School, Denham Bros and Ray White, Yeppoon, before joining with Graham Anderson to create Anderson & Fry, which later evolved into Olive Swaffield and Associates. Jayne also held a position as director on the Port Alma Port Authority for a short time and is a Commissioner of Declarations.